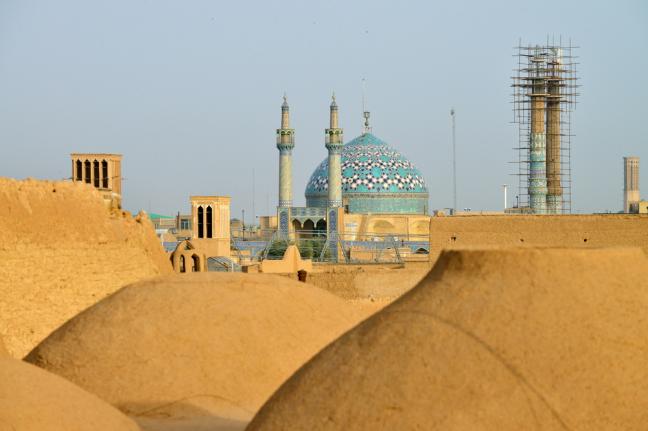 BANDAR MAHSHAHR, Iran, Aug. 1 (UPI) — In Iran Friday afternoon the heat index touched 163 degrees Fahrenheit — a blistering total, rare even for one of the hottest regions on earth.

A temperature reading of 109 degrees Fahrenheit was recorded in Bandar Mahshahr, Iran, on Thursday. A day later, it was 115 degrees. The apparent temperature (heat index) was even worse.

It’s thought to be among the highest readings in history. But Bandar Mahshahr isn’t alone.

Heat index is a measurement that combines temperature and dew point. An unbelievably high dew point of 90 degrees is only further exacerbating the already miserable and dangerous temperatures currently being witnessed across the Middle East.

“That was one of the most incredible temperature observations I have ever seen and it is one of the most extreme readings ever in the world,” remarked AccuWeather meteorologist Anthony Saglia.

Meanwhile, Baghdad, Iraq, scored an all-time record with a reading of 124 degrees Fahrenheit.

Meteorologists say the stagnant heat is the result of a high pressure system that’s created a “heat dome” atop the Middle East, magnifying rising temperatures and high humidity. Unfortunately, there’s currently no relief in sight.

“The ridge of high pressure will remain in place across the Middle East through at least the next week, so more oppressive heat and humidity, and more astounding apparent temperatures, are likely through the next several days,” Sagliani said.

Municipalities are reportedly struggling to keep up with high electricity and water demands, as residents crank up their air conditioners and douse themselves in cool water.