While heat is no stranger to this portion of the country, the first days of July started off hotter than usual along the southern Atlantic Seaboard, with the peak of the heat occurring on Wednesday.

An increase in clouds and thunderstorms in the southeastern United States will keep temperatures from reaching recent record-high levels into the weekend.

A stormier pattern settling in over the area will put a lid on how high temperatures will get over the next several days and keep them from returning to the record books.

As opposed to record-breaking highs in the upper 90s and lower 100s Fahrenheit, temperatures will be closer to average, generally in the lower 90s, from Jacksonville, Fla.; to Savannah, Ga.; and Fayetteville, N.C.

Even with temperatures trending toward normal for this time year, temperatures can reach dangerously high levels when and where the sun peeks out.

The highest temperatures will be during the afternoon hours.

People throughout the region are urged to double check vehicles before locking the doors to make sure pets and children have not been left behind.

Temperatures inside the vehicle can soar to lethal levels in a matter of minutes even if windows are cracked.

Seventeen children have died in hot cars so far this year, according to the National Safety Council.

While the seasonable weather will still have people flocking to the beaches, pools, lakes and higher terrain to cool down, an increase in thunderstorm coverage will bring lightning dangers daily through the weekend to anyone outdoors.

Cities that can experience daily thunderstorms through the weekend include Atlanta; Asheville, Raleigh and Charlotte, N.C.; Nashville and Knoxville, Tenn.; Tallahassee, Fla.; and Columbia and Greenville, S.C., to name a few.

The storms can interfere with firework displays on July Fourth and disrupt plans to catch an Atlanta Braves game, take in a game of golf, hike or fish.

As soon as thunder is heard, seek shelter indoors to avoid being struck by lightning.

Those out hiking or camping when a thunderstorm strikes should seek out a low area in the terrain away from tall, isolated trees.

Keep a distance from small creeks and streams that can suddenly flood during a downpour.

“Keep in mind that any thunderstorm this time of the year can briefly pulse to severe levels and produce wind gusts in excess of 55 mph with frequent lightning strikes over a small area,” said AccuWeather Senior Meteorologist Alex Sosnowski.

“Downburst winds can knock over trees, cause power outages and property damage in part of one neighborhood and not the other,” he added.

The stormy pattern will do good in helping to ease brush fire concerns and the pockets of abnormally dry to severe drought conditions scattered about the Southeast.

However, too much rain may fall over the same areas each day and trigger flooding, mainly in low-lying and poor drainage areas.

The unsettled weather may be suppressed to the immediate Gulf and Southeast coasts during the upcoming week.

As this occurs, AccuWeather meteorologists will be monitoring the tropics closely.

There is the potential for a tropical system to develop later next week around the east-central Gulf Coast, according to AccuWeather Lead Long-Range Meteorologist Paul Pastelok.

Regardless of whether this occurs, there may be an increased risk of flooding rainfall due to persistent downpours along the upper Gulf Coast. 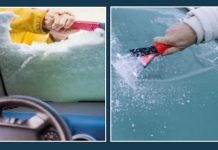 Provo police deal with 62 accident reports in one week, offer good advice for all drivers 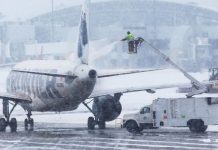