Aug. 23 (UPI) — Henri was downgraded from a tropical storm to a depression Sunday night after making landfall in Rhode Island on Sunday afternoon.

In its 11 p.m. EDT update, the National Hurricane Center said Henri had sustained winds of 30 miles an hour, a significant drop in strength over the last few hours.

The forecasters located its eye about 85 miles north-northeast of New York City and 25 miles southeast of Hartford, Conn., and was moving west-northwest at 8 mph. The storm became a depression when its windspeed dropped to less than 39 mph.

All coastal tropical storm warnings and watches were discontinued in the 5 p.m. update.

However, the storm was expected to continue to produce heavy rainfall and flooding across portions of southern New England and the northern mid-Atlantic states through Monday, the NHC said.

Henri made landfall in Rhode Island at approximately 12:15 p.m., earlier forecasts suggested it could become the first storm to make a direct hit to New England in more than 30 years.

“On the forecast track, Henri is expected to slow down further and possibly stall near the Connecticut-New York border tonight, then move across Massachusetts on Monday afternoon and Monday night and over the Atlantic on Tuesday,” the NHC said.

Henri is expected to produce rainfall between 3 and 6 inches for portions of Long Island, New England, southeast New York and northern New Jersey from Sunday into Monday, with some areas seeing up to 10 inches that could cause flooding, according to the agency. Isolated maximum totals of 10 to 12 inches are possible across northern New Jersey into southern New York, the NHC said.

“Heavy rainfall from Henri will continue to result in considerable flash, urban, and small stream flooding, along with the potential for additional minor to isolated moderate river flooding, the NHC said.Henri is the eighth named storm of the 2021 Atlantic hurricane season. 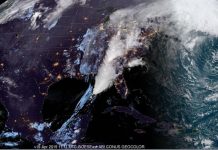 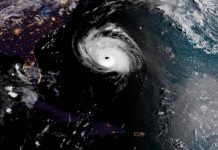 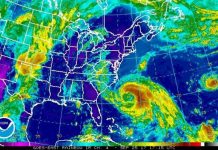