The Nile hippo had been struggling with health issues for months, and vet staff made the decision to humanely euthanize him after determining his quality of life wouldn’t improve.

“The blood work from Henry’s last exam gave us some hope that he was on the mend, but his appetite never returned and his condition declined rapidly. Vets and his care team worked tirelessly to keep him comfortable and help him fight this illness. Nothing — antibiotics, favorite foods, extra TLC — seemed to turn his condition around,” Christina Gorsuch, the zoo’s curator of mammals, said. “We are all so sad to lose him. Everyone loved him. He was a sweet, gentle giant with a big personality. He enjoyed interacting with his caregivers.”

Henry was father to Fiona the hippo, whose premature birth made her a national celebrity early this year and who recently made a viral appearance in an Ohio couple’s engagement.

“After watching Fiona fight, defy the odds and literally make history, it feels especially unfair and defeating to have to accept this outcome for Henry,” said Wendy Rice, the zoo’s Africa Head Keeper. “While our time with him has been short in quantity, no one can deny that his quality of life before becoming ill was exceptional.”

Henry came to the Cincinnati Zoo in 2016 when he quickly showed interest in a female hippo named Bibi and the two were put together in the zoo’s Hippo Cove before giving birth to Fiona.

“Henry was happy to have Bibi as his companion and, sooner than expected, to be in a bloat of three,” Gorsuch said. “The girls will be fine as a bloat of two, but they will notice that he’s not around and may wonder why he isn’t making his contact calls.” 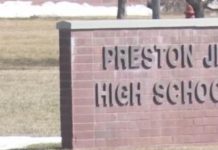 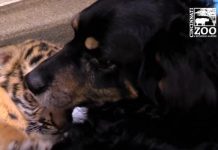 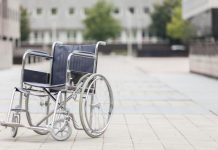