Sept. 24 (UPI) — Health and Human Services Secretary Tom Price said he won’t use private charter jets during an investigation from the department’s inspector general on his travel.

“I don’t think there will be any charter trips until this review is complete,” Price told Fox News on Saturday. “I think that’s appropriate because of the concerns that we’ve heard.”

Politico reported that Price has spent more than $400,000 on at least 26 private charter jet flights since early May, including $56,500 last week.

Price defended his travel practices. “Of the 11 trips over the last eight months, the majority of them were for the opioid crisis or the hurricanes,” Price said.

Politico, however, identified at least 10 charter flights since May not related to those issues, including flights to conferences in San Diego and Aspen, Colo.

A spokesperson for Price said he began using charter jets after a delay of a commercial flight forced him to miss an official HHS event.

Price said the HHS would “cooperate fully” with the HHS inspector general review.

“We welcome this review,” Price said to Fox News. “We want to make certain that we have the full confidence of not just this administration, but the American people.”

As a Georgia congressman in 2010, Price criticized then-House Speaker Nancy Pelosi, D-Calif., for “flying over our country in a luxury jet.”

“I think the issue with the speaker, the former speaker, was a different matter,” he said Saturday. But he admitted “the optics in some of this don’t look good.”

During the Obama administration, HHS secretaries Sylvia Mathews Burwell and Kathleen Sebelius flew commercially while in the continental United States.

Congressional Democrats have criticized Price for flying charter flights while calling for massive spending cuts to the health agencies.

“There could not be a clearer statement of the Trump administration’s priorities than Health and Human Services Secretary Tom Price spending taxpayer dollars to fly himself around on a private jet — including a $25,000 trip for the 125 miles from Washington to Philadelphia — while pushing a Trumpcare plan that would raise health care costs and rip coverage away from millions of taxpayers,” Sen. Maggie Hassan, D-N.H., said in a statement.

Another Cabinet member also is under scrutiny for his travel. The Treasury Department’s inspector general is investigating Treasury Secretary Steven Mnuchin’s use of a government jet in August. 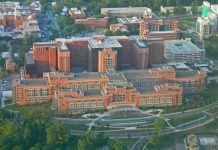 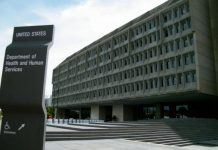 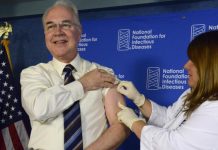