Jan. 25 (UPI) — The Department of Health and Human Services threatened Friday to cut federal funds to California due to the state’s legal requirement that all insurance providers cover abortions.

The department and Office for Civil Rights notified California that its mandate is illegal because it violates a federal law that shields healthcare providers from discrimination if they choose not to provide coverage.

“[California] cannot impose universal abortion coverage mandates on health insurance plans and issuers in violation of federal conscience laws,” the HHS notice states. “California has deprived over 28,000 people of plans that did not cover elective abortion, but now must cover abortion due to California’s mandate.”

The department cited two complaints from religious groups “whose religious beliefs preclude them, in good conscience, from helping to pay for insurance coverage for elective abortions.”

“The Trump administration would rather rile up its base to score cheap political points and risk access to care for millions than do what’s right,” he said.

“California will continue to protect a woman’s right to choose, and we won’t back down from defending reproductive freedom for everybody.”

HHS Secretary Alex Azar has previously called the Trump White House “the most pro-life administration in this country’s history” and referred to his agency as “the Department of Life.” At the March for Life rally in Washington on Friday, Trump said “unborn children have never had a stronger defender” in the White House.

The U.S. Supreme Court is planning this term to review a 2014 Louisiana law requiring abortion-providing doctors to hold admitting privileges at a hospital within 30 miles. Opponents say it would leave only one qualified doctor in the state of 4.6 million people. It will be the court’s first major abortion case involving Trump-appointed justices Neil Gorsuch and Brett Kavanaugh. 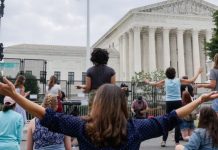 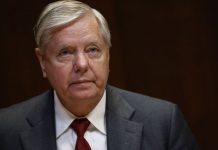