PARIS, Nov. 14 (UPI) — A French high-speed train derailed into a canal and burst into flames Saturday during a test run near the German border, possibly killing up to five passengers.

The train was traveling to border town of Strasbourg from Eckwersheim on a test run when it overturned into the Marne au Rhin Canal. There is no immediate indication the derailment was related to the attack on Paris that left 127 dead.

Strasbourg mayor Alain Fontanel, said via Twitter there were several injuries “and possible deaths.” France 3 and other news organizations reported five have died. There has been no official announcement about the deaths. 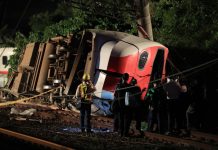 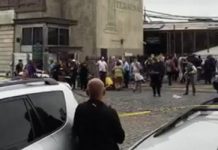