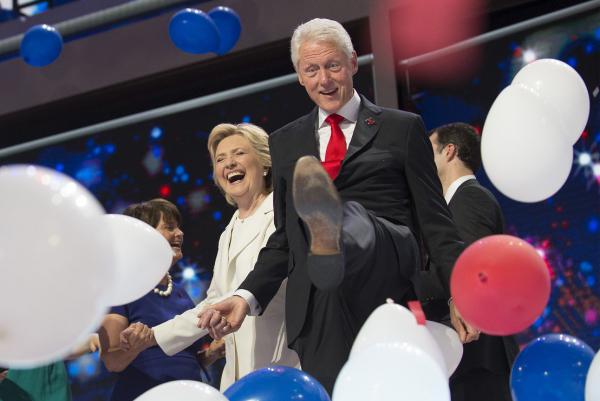 Clinton criticized her opponent, Donald Trump for not releasing his returns, as presidential candidates have done for decades.

Trump, a real estate developer and entrepreneur who claims a fortune of more than $10 billion, has said he will not release his tax returns because he is undergoing a multiyear audit by the IRS. He has said he will release them once the audit is over.

The IRS has said there is no timetable for when the audit of Trump’s complicated tax returns will be completed, though there is no law stating Trump could not release the returns as filed while the audit continues.

Clinton has been highly critical of Trump for his failure to disclose personal financial information, hinting it is because he does not pay a very high percentage of his income in taxes and that he may not be as wealthy as he says he is.

The Clintons had $10.6 million in taxable income in 2015 and paid $3.64 million in income tax, an effective tax rate of 34.2 percent. They also donated just over $1 million to charity.

The couple’s tax rate falls in line with a policy proposal Hillary Clinton has supported in the campaign, the so-called “Buffett rule,” named after billionaire investor Warren Buffett, who said under federal law, he pays a lower tax rate than his secretary, who makes a middle-class salary. Buffett proposed an additional tax law that states anyone making more than $1 million should be required to pay a minimum of 30 percent in federal income taxes.

The middle-class income bracket is 25 percent.

While technically anyone making more than $415,000 per year is subject to a 39.6 percent tax rate, there are a wide array of tax breaks that allow them to lower that rate substantially, often well below the rates paid by middle-income earners.