WASHINGTON, April 16 (UPI) — Hillary Clinton raised $33 million for her joint campaign account with the Democratic Party in the first quarter of 2016, a campaign finance filing shows.

The joint account also allows Clinton to accept larger donations under federal law than she could for the account set up specifically for her presidential campaign, Hillary for America. Donors can make the maximum individual contribution to Clinton, $5,400, plus the maximum to the DNC, $33,400, and state party accounts at $10,000 each. That makes the maximum donation to the Hillary Victory Fund $358,000. However, in a campaign finance loophole, Clinton is not required by law to dispense the funds the same way they’re collected.

Politico reports much of the $9.5 million from the Hillary Victory Fund was spent on Internet advertising, seeking to create a small donor base online, an area where Clinton’s opponent Vermont Sen. Bernie Sanders has far outpaced her.

Sanders also has a joint campaign account, but it has been largely inactive, leading Clinton to criticize Sanders for failing to help build the party by sharing his significant online cash donations. Those donations almost exclusively go directly to the candidate’s campaign account.

Sanders raised $44 million in donations for his campaign in the month of March alone. 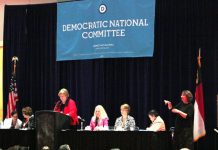 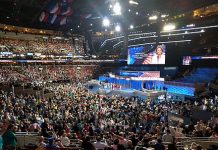 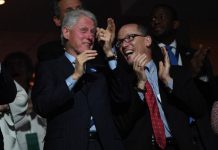