Sept. 29, 2019, AccuWeather/UPI — The northern Rockies are in the path of a potentially historic storm that is set to dump more than 4 feet of snow and bring wind gusts up to 60 mph.

The National Weather Service’s prediction center said this could be a “significant and possibly historic” early-season snowstorm across portions of the northern Rockies. Forecasters warned the combination of heavy, wet snow, strong winds and bitter cold expected could set records across the northwestern United States and southern Canada this early in the season.

“The snow that began to ramp up in the higher elevations of the Northwest on Saturday morning will only worsen and spread to lower elevations into Saturday night,” AccuWeather Meteorologist Renee Duff said.

Ahead of the storm, Glacier National Park in Montana announced road closures. While St. Mary Campground remains open, “camping not advised” signs have been put in place.

“The snow can pile up at a quick pace, with more than an inch per hour possible,” Duff said.

“Strong winds accompanying the snow threaten to topple trees and power lines, as well as cause near-zero visibility and extensive blowing and drifting,” Duff said.

Tree branches were starting to be weighed down by snow on Saturday morning in Montana.

“People are urged to not travel during the storm as there will be a heightened risk of becoming stranded in sub-freezing temperatures. If you must travel, make sure you have a fully charged cellphone, blankets and an emergency kit in your vehicle,” Duff said. “Road closures are possible due to the poor driving conditions and debris blocking the roadway.”

A National Weather Service trained spotter reported that 3 inches of snow had fallen in Montana City, Mont., and that the trees are dropping significantly underneath the weight of the snow.

Rain transitioned to snow Saturday morning at Spokane International Airport in Washington. This is the first time it has snowed in September at the airport since 1926 when 1.4 inches snow fell, setting their all-time record amount of snowfall for the month.

Those in the high country and intermediate elevations will be at risk of becoming stranded and could be in a life-threatening situation during and after the storm, with below-freezing temperatures predicted.

Travel is not advised during the storm with snow likely along stretches of Canada Highway 1 and interstates 15 and 94. Anyone who does venture out may be at risk of becoming stranded. If you must travel, make sure you have a fully charged cellphone, blankets and an emergency kit in your vehicle.

Very difficult driving conditions were already occurring on I-15 north of Great Falls, Mont., early Saturday morning, with snow-covered roads and blowing snow, according to the National Weather Service.

Road closures are possible due to the poor driving conditions, as well as the potential for strong winds to topple trees over the roadways.

“Stay home. Stay safe. Don’t do anything silly,” Jason Parish, public information officer for the City of Butte-Silver Bow, told AccuWeather ahead of the storm.

At times, the combination of wind and snow will make for very low visibility that can approach blizzard conditions, including in Glacier National Park.

Winds are forecast to frequent 20 mph to 40 mph with gusts up to 60 mph possible over the mountains and through the passes.

The combination of the strong winds and heavy, wet nature of the snow threatens to down trees and power lines.

“It’s a very big concern here; we’re just beginning to turn our colors, so trees are fully loaded with foliage here,” LeeAnn Allegretto, a meteorologist with the NWS in Missoula, told AccuWeather. “Snow will have a huge impact and will likely cause downed trees and potentially plenty of damage/power outages.”

Residents who are left in the dark will face subfreezing temperatures with AccuWeather RealFeel Temperatures approaching zero in some areas. These bitterly cold conditions are expected to last for days after the storm.

The vast area of fresh snowcover will set the stage for record-challenging low temperatures early next week.

Temperatures are likely to dip into the single digits over the high country and the teens and 20s over the intermediate elevations, to near or just below freezing over the High Plains and Prairies during Sunday night, Monday night and perhaps Tuesday night.

Meanwhile, drenching showers and locally gusty thunderstorms will pivot to the southeast of the snowstorm over parts of the Great Basin, central Plains and Upper Midwest into Monday. 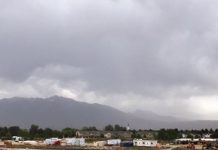 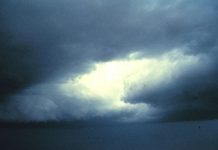 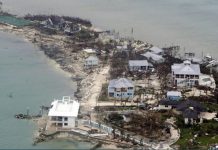