Nov. 9 (UPI) — A Hong Kong man died Friday of injuries he sustained during a fall amid anti-government protests, prompting mourners to gather in his memory.

Doctors declared Chow Tsz-lok, 22, dead at Queen Elizabeth Hospital, where he was taken Monday morning after falling from the third story to the second story of a parking garage, police said. He had been in a coma since the incident and underwent two surgeries to stop swelling in his head.

The cause of Chow’s fall is under investigation, though police were teargassing protesters in the parking garage at the time of the incident.

Demonstrators began protesting in Hong Kong 22 weeks ago against a bill that would have allowed extraditions to China. Lawmakers in the autonomous region withdrew the bill from consideration, but protests continued over general anti-government sentiment and police use of force.

Chow was a second-year computer science student at Hong Kong University of Science and Technology. The school canceled classes Friday.

NPR reported Chow was believed to be the first person to die directly due to protests in Hong Kong.

Mourners gathered Friday at the parking garage where he fell and created a memorial of flowers and candles.

“Before the movement, we assumed that Hong Kong people were selfish and cared for themselves,” mourner Genki Yeung told NPR. “But in these five months, we showed that people are connected. We care for each other. [Chow] is like one of the family members in Hong Kong.

“We will keep walking this path not only for Chow but all people who share the common value.” 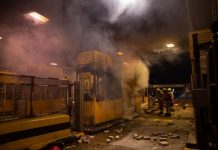 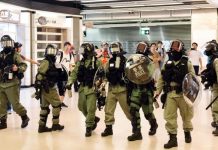 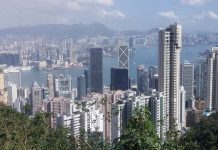