The lower chamber approved the measure 405-11 more than a century after Armenians living in Turkey were systematically rounded up and murdered or forced to flee their homes.

“The House just voted to recognize the Armenian genocide — a vote I fought for 19 years to make possible, that tens of thousands of my Armenian-American constituents have waited decades to see,” he tweeted. “We will not be party to genocide denial. We will not be silent. We will never forget.”

The fact that the Armenian genocide happened is well-accepted within academic circles. However, the Turkish government has continued to deny the culpability of their predecessors.

Tuesday marked the first time the full House has voted in favor of recognition. It’s perhaps fueled by Congress’ flagging support for Turkey after its incursion into Syria earlier this month. Turkey’s attack on Syrian Kurds was precipitated by President Donald Trump’s agreement with Turkish President Recep Tayyip Erdogan to withdraw U.S. troops from northern Syria.

House Speaker Nancy Pelosi hinted at a connection between the recent violence and Tuesday’s vote.

“There was just an aura of what the Turks could be doing, is engaged again in genocide, by the green light that the president gave them,” she said. “So that was sort of a callback.”

Turkey’s Foreign Ministry rejected the resolution in a statement.

“The resolution, which has apparently been drafted and issued for domestic consumption, is devoid of any historical or legal basis,” the ministry said.

“Those who felt defeated for not being able to forestall Operation Peace Spring would be highly mistaken should they think they could take vengeance this way,” the statement said, using Turkey’s name for the military operation in Syria. 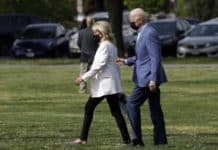