The bill, led by Rep. Brad Schneider, D-Ill., calls for a commitment to Israel’s qualitative military edge, a legislated U.S. pledge to Israel under the Arms Export Control Act.

“This bill strengthens that commitment and reminds the administration of its obligations under the law,” Schneider said in a statement.

Israel is currently the only Middle East country with the advanced fighter planes, and the UAE purchase could destabilize a balance of power, members of Congress have warned.

“With all due respect, it doesn’t take a rocket scientist to figure out that if Israel’s the only country in the Middle East that has F-35s, that selling it to someone else no longer produces that qualitative military edge in the air,” Sen. Bob Menendez, R-N.J., said at a Senate Foreign Relations Committee hearing on Sept. 24.

Schneider was joined Friday by two Republicans and 13 Democrats in submitting the House bill, which seeks to reaffirm the role of congressional consultation regarding Israel’s qualitative military edge, a practice employed since the 1960s, in the U.S. sale of arms, they said.

The bill would require the White House to report to Congress on how any arms sale would impact Israel within 60 days.

While not providing Israel with blanket veto power over U.S. sales, “Israel is our single most important ally in the Middle East, and Congress will not let any President undermine her security with unapproved weapons sales,” Schneider said. 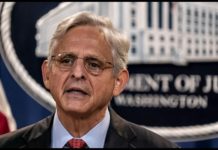