Sept. 14 (UPI) — The chair of the House committee on oversight and reform is asking the National Archives and Records Administration to ensure former President Donald Trump has no further classified documents in his possession.

“I am deeply concerned that sensitive presidential records may remain out of the control and custody of the U.S. Government,” Maloney wrote in the letter.

“In light of the serious risk that Mr. Trump may still be retaining sensitive government records at Mar-a-Lago or his other properties, I urge NARA to seek a personal certification from Donald Trump that he has surrendered all presidential records that he illegally removed from the White House after leaving office.

The search of Trump’s residence in August was conducted based on accusations that his holding onto presidential records including highly classified documents violates the Espionage Act.

Maloney’s letter references recent news that the Justice Department uncovered empty folders among the dozens of boxes seized from the former president’s Florida home. The FBI’s inventory sheet shows 40 empty folders that were marked “classified” and various top secret documents that were found in an office and a storage room. Exactly what was in the empty folders is not yet known.

“The committee is concerned that, given this pattern of conduct, Mr. Trump may continue to retain presidential records at non-secure locations, including classified material that could endanger our nation’s security and other important records documenting Mr. Trump’s activities at the White House,” Maloney Wrote.

“NARA’s staff recently informed the committee that the agency is not certain whether all presidential records are in its custody…Although it is not clear from the inventory list why these folders were empty, the apparent separation of classified material and presidential records from their designated folders raises questions as to how the materials were stored and whether sensitive material may have been lost or obtained by third parties.”

The House oversight committee has been investigating the former president’s mishandling of presidential records for more than seven months.

On Monday, Trump’s lawyers urged a federal judge to affirm an order that prevents the Justice Department from resuming its criminal investigation into the seized classified records. 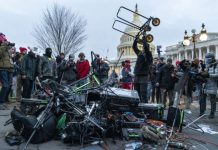 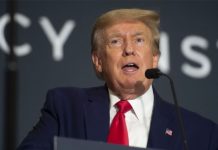