June 6 (UPI) — The House is preparing to vote on a resolution that would strengthen the ability of committees to enforce their subpoenas.

The resolution will empower the chairs of all House committees to hold officials in contempt without having to take the matter to the House floor, beginning legal action as soon as a subpoena is defied.

Subpoenas that have not yet been issued would also be included in the legislation, which Democrats said is intended to prevent contempt citations from taking up House floor time.

“I think it is regrettably very necessary because the degree to which the White House is meddling in our oversight, instructing witnesses not to appear, making overbroad and insupportable claims of privilege means we don’t want to have to go back to the House floor with every new act of obstruction,” House Intelligence Chairman Adam Schiff, D-Calif., told CNN.

The resolution would also seek to hold Attorney General William Barr and former White House counsel Don McGahn in contempt of court and direct the House to petition the courts to obtain grand jury information from the Robert Mueller report.

The House Rules Committee is set to review the legislation on Monday, where it will be put to a vote as early as Tuesday. 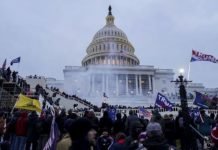 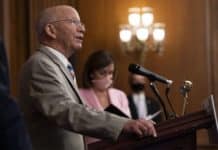