The ethics panel announced it has closed its investigation after consulting a team of experts who determined the information Nunes disclosed to the Trump White House was not classified.

“In the course of this investigation, the committee sought the analysis of Representative Nunes’ statements by classification experts in the intelligence community,” the ethics committee said. “Based solely on the conclusion of these classification experts that the information that Representative Nunes disclosed was not classified, the committee will take no further action and considers this matter closed.”

Nunes thanked the committee for “completely clearing me today of the cloud that was created by this investigation, and for determining that I committed no violation of anything — no violation of House rules, law, regulations, or any other standards of conduct.”

In March, Nunes told reporters he’d seen intelligence reports acknowledging surveillance of Trump’s transition team was done “incidentally” — and “legally” — in the months after his election.

A month later he stepped away from the head of the committee’s probe into Russian election meddling after several senators, including Rep. Adam Schiff, D- Calif., accused him of biasing himself to Trump’s White House.

Rep. Mike Conaway, R-Texas, took the lead along with Schiff after Nunes recused himself. 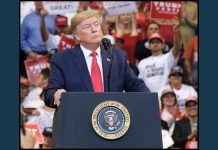 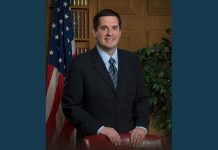