March 15 (UPI) — The Republican and Democratic leaders of the House intelligence Committee said Wednesday they have found no evidence to back up President Donald Trump‘s claim that the Obama administration wiretapped Trump Tower before the 2016 election.

“We don’t have any evidence … I don’t think there was an actual tap of Trump Tower,” committee chairman Rep. Devin Nunes, R-Calif., told reporters.

Trump, in the first of four tweets in the early morning of March 4 wrote on Twitter: “Terrible! Just found out that Obama had my “wires tapped” in Trump Tower just before the victory. Nothing found. This is McCarthyism!”

“President Obama wouldn’t physically go over and wiretap Trump Tower,” Nunes said. “So now you have to decide, as I mentioned to [the media] last week, are you going to take the tweets literally? And if you are then clearly the president was wrong. But if you’re not going to take the tweets literally and there is a concern that the president has about other people, other surveillance activities looking at him and his associates — either appropriately or inappropriately — we want to find that out.”

The White House had asked Congress to look into Trump’s wiretapping comments as part of its investigation of Russia’s influence in the election.

Schiff said Congress will ask FBI Director James Comey during an Intelligence Committee hearing Monday whether the agency got a warrant to wiretap Trump’s offices in New York.

Several media organizations have reported over the last few months that the FBI asked the Foreign Intelligence Surveillance Court for warrants in July and October of 2016 to wiretap the server in Trump Tower to investigate two Russian banks – SVB Bank and Alfa Bank — and the Trump campaign’s possible connection to them — and that the October request was granted.

The New York Times also reported on Jan. 19, 2017, that communications between Trump associates had been intercepted as part of a “broad investigation” looking at links between the Trump campaign and Russian officials.

Nunes and Schiff initially gave the Justice Department a deadline of two days ago to turn over evidence backing Trump’s assertion. The White House asked for more time.

The White House said earlier this week that evidence would vindicate Trump for his claim earlier this month. But press secretary Sean Spicer mentioned that Trump’s “wiretapping” accusation could have meant broader surveillance activities not limited to a physical wiretap at Trump Tower and that it was conducted by the Obama administration and not necessarily ordered by the president. 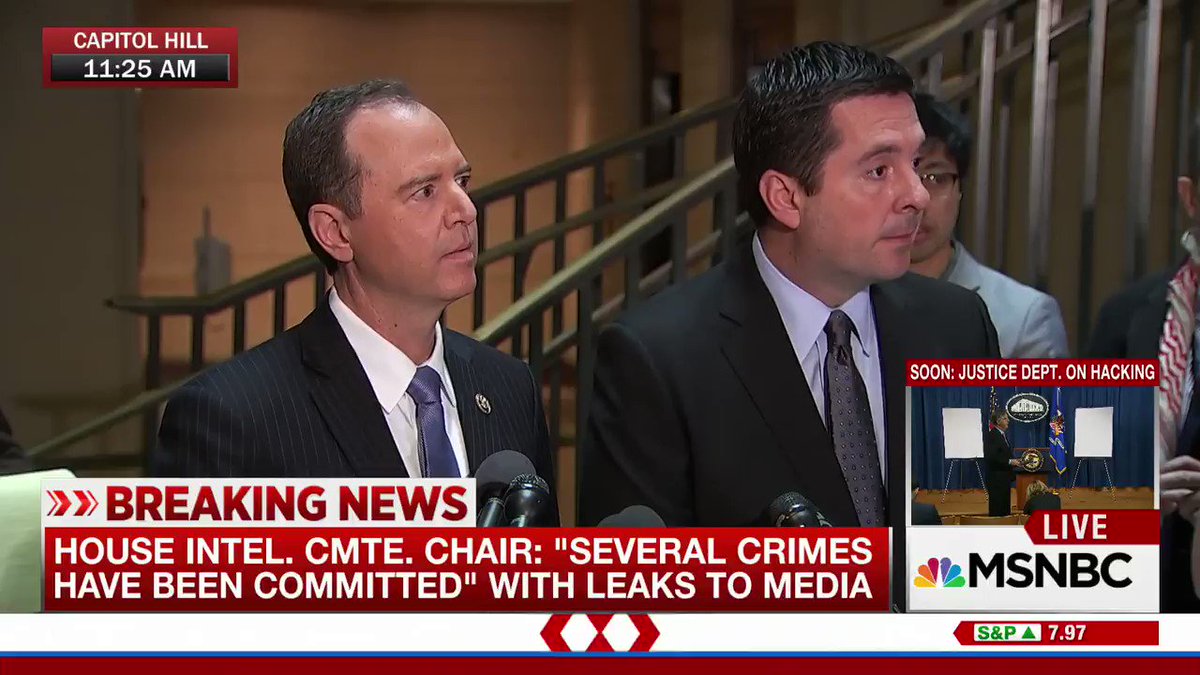