Dec. 4 (UPI) — The U.S. House of Representatives overwhelmingly passed legislation Tuesday that would arm the president with the power to impose sanctions on Chinese government officials responsible for human rights crimes committed against the Asian nation’s Muslim minority population.

The Uyghur Act of 2019 passed the House 407 to 1 in condemnation of the ongoing crackdown by China on its Muslim minority population in Xinjiang province where some 1 million Muslims are being held.

China has claimed they are being held in re-education camps designed to stamp out terrorism, separatism and extremism, but the United States says the camps are being used to “erase religious and ethnic identities.

According to a 2018 U.S. government report, the human rights abuses committed by China against its Muslim population include unlawful killings, forced disappearances, torture, arbitrary detention and severe restrictions of religious freedom, among a long list of other crimes.

The legislation calls on Chinese President Xi Jinping to close the detention camps and lift all restricts on human rights and for targeted sanctions to be imposed against senior Chinese government officials responsible for committing the human rights abuses in Xinjiang province.

China said Wednesday it was “strongly indignant at and firmly opposed to” the legislation, accusing the United States of sowing discord to undermine China’s growth.

“We urge the U.S. to correct its mistakes at once, prevent this bill from becoming law and stop using Xinjiang-related issues to interfere [with] China’s internal affairs,” she said. “China will take further reactions according to how the situation develops.”

Sen. Marco Rubio, R-Fla., who introduced a similar bill in the Senate in January, said he applauds the House for taking “swift action” to pass this bill.

“The Chinese government and Communist Party is working to systematically wipe out cultural identities of Uyghurs and other Muslim minorities in Xinjiang,” he said in a statement after the vote. “Today, Congress took another important step to hold Chinese officials accountable for egregious and ongoing human rights abuses committed against the Uyghurs.”

The bill will have to be approved by the Senate before heading to President Donald Trump to sign, but it comes amid building tensions between the two countries.

On Monday, China ended all reviews of visits by U.S. military vessels and aircraft to Hong Kong and sanctioned several non-governmental organizations in retaliation for Trump signing into law the Hong Kong Human Rights and Democracy Act, which calls for yearly reviews to see if the embattled region warrants its special status under U.S. trade law and calls for sanctions be imposed against government officials for committing human rights abuses against protesters.

“With this legislation, Congress is taking the necessary and long-overdue steps to hold accountable officials in the Chinese government and Communist Party responsible for gross violations of human rights and possible crimes against humanity,” said Sen. Bob Menendez, ranking member of the Senate Foreign Relations Committee. “Uyghurs deserve justice for the barbaric and abhorrent acts they have been forced to endure, and I am committed to working with my colleagues to get a final bill on the president’s desk as quickly as we can.” 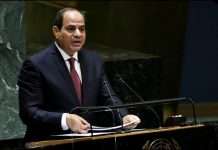