The George Floyd Justice in Policing Act of 2021 passed during a vote of 220-212 along political lines with Democratic Reps. Jared Golden of Main and Ron King of Wisconsin opposing the measure and Republican Rep. Lance Gooden voting in favor, though he later tweeted his vote was a mistake and he had applied to fix the record.

“Of course I wouldn’t support the radical left’s anti-police act,” he said.

The bill, which passed the House last year 236 to 181 but failed to advance further as both the Senate and White House were Republican-controlled, was reintroduced last month by Rep. Karen Bass, D-Calif., to federally ban police from using chokeholds, end racial and religious profiling, eliminate qualified immunity for officers and mandate data collection of police encounters.

It also will shift funds to community-based policing programs and make it easier to prosecute officers over excessive use of force, among other policing reforms.

Bass told reporters during a press conference after the vote that the bill will hold police accountable while raising the standards of policing in the country and transforming the culture.

“I know that change is difficult, but I believe fundamentally police officers don’t want to work in an environment where the culture says if they are to step up if they are to say anything if an officer is abusive or an officer is corrupt then their very lives could be in danger,” she said, stating she is confident Democrats will be able to work with Republicans in the Senate to move it to the desk of President Joe Biden, whose White House signaled he will sign it.

“To make our communities safer, we must begin by rebuilding trust between law enforcement and the people they are entrusted to serve and protect,” the White House said in a statement Monday in support of the bill. “We cannot rebuild that trust if we do not hold police officers accountable for abuses of power and tackle systemic misconduct — and systemic racism — in police departments.”

The bill was originally introduced last year a month after Floyd, an unarmed Black man who was handcuffed and prostrated on the ground, died after a Minneapolis police officer kneeled on his neck for more than eight minutes as other officers looked on, resulting in nationwide protests.

Speaker of the House Nancy Pelosi, D-Calif., told reporters on Wednesday that it “ignited a nationwide reckoning on the racial injustice and police brutality in America.”

“We cannot accept this epidemic of injustice,” she said.

However, many Republicans, such as Gooden, described the bill as anti-Police.

Rep. Steve Scalise, the House Republican whip, called it a vote to defund police departments and Rep. Kat Cammack of Florida told legislators from the floor that she is the wife of a first responder and the bill will endanger her husband.

“What this bill ultimately does is defund the police,” she said. “You want a better trained, more responsive police force in your home town; fully fund the police.

The bill will now be sent to the Senate, which is politically split 50-50 but the Democrats have the edge as Vice President Kamala Harris is given a vote in situations of a tie. 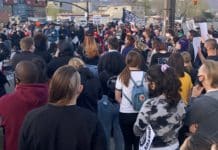 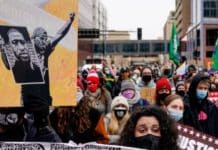 Chauvin jury: Guilty on all counts in death of George Floyd 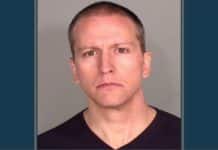 Jury reaches verdict, to be announced, in Derek Chauvin trial