March 4 (UPI) — For the first time, scientists have quantified the influence of humans on surface water storage, a key component of the global water cycle.

Most investigations of the impacts of human activities on hydrological patterns are focused on specific watersheds or freshwater bodies, but for the latest study, published Wednesday in the journal Nature, scientists zoomed all the way out, adopting a global view.

The findings revealed the human species as the dominant regulator of surface water storage on Earth.

The observations, captured by ICESat-2 and organized by the research team, revealed the ebb and flow of water levels within 227,386 lakes.

“By partitioning these water bodies into human-managed reservoir and non-reservoir, based on two global reservoir datasets, we were able to determine the proportion of surface water storage variability associated with human management,” lead author Sarah Cooley told UPI in an email.

Cooley, a postdoctoral researcher at Stanford University, launched the research project while she was a graduate student at Brown University.

The data showed water levels in non-reservoir bodies, natural lakes and ponds, varied seasonally by roughly eight inches, while water levels in human-managed reservoirs varied by an average of 2.8 feet.

That means 57 percent of the total variation in surface water storage is happening in human-managed reservoirs.

Previously, scientists have been able to measure surface water variability in only the largest lakes, but with ICESat-2, scientists were finally able to collect data from hundreds of smaller lakes, ponds and reservoirs.

“Our research demonstrates that human management now exerts a dominant control on surface water storage,” Cooley said. “Through climate change and other processes, humans do influence other aspects of the hydrologic cycle, though the amount of human influence on other processes — for example, precipitation and evaporation — is not well quantified. Therefore, it is fair to conclude from this study that humans are a key regulator of the global water cycle.”

Over the last century, humans have exerted increasing levels of control over the movement of Earth’s freshwater through the construction of dams, reservoirs and other types of water infrastructure.

The authors of the new study hope their work will help water managers and policy makers as they perform water-related cost-benefit analyses and prepare the needs of a warmer, more crowded planet.

“For ensuring the sustainability of freshwater resources worldwide, it is valuable to understand where humans are exerting the most control on surface water storage, as these may be areas which are more vulnerable in the future,” Cooley said. 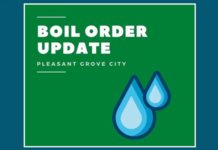