Aug. 22 (UPI) — The House of Representatives is set to vote Saturday on a bill to provide $25 billion in funding for the U.S. Postal Service and block operational changes amid a mail-in voting controversy.

House Democratic leaders called the chamber back to Washington, D.C., to vote on USPS’ request for $25 billion in funding amid increased demand due to the COVID-19 pandemic, along with the “Delivering for America Act,” which bans any operational changes this year that slow down the mail-in voting process.

The USPS often treated election ballots as first-class mail in years past regardless of the postage, meaning it gets delivered faster. But the agency was planning to treat such mail differently this year, according to documents obtained by CNN.

Though Postmaster General Louis DeJoy declined to specifically address this plan, he told Congress on Friday that the USPS plans to keep established mail practices in place until after the election.

Kentucky expands mail-in, early voting for November election
The prohibited changes under the bill include the controversial removal of mail sorting machines and mailboxes, and treating election mail differently than “first-class mail.”

House Republicans announced earlier this week that they would not support the bill, but with a Democratic support in the majority, the bill is expected to pass along party lines.

It is not likely to be taken up in the Republican-led Senate.

Lawmakers recess until September without COVID-19 stimulus deal
On Friday, the White House threatened to veto the bill.

President Donald Trump has said he opposed funding the financially struggling postal service because it would benefit those who seek to promote mail-in voting in November.

He has repeatedly denounced voting by mail, claiming that it would invite voter fraud. A study by Stanford University’s Democracy and Polarization Lab in April, though, found that mail-in voting doesn’t favor one political party over another, nor does it invite more frequent incidents of fraud.

A Gallup poll released in April indicated that 70% of Americans favor allowing all registered voters to vote by mail.

The Democratic-led House passed the USPS request for $25 billion to expand service amid the COVID-19 pandemic in relief legislation three months ago, but the Republican-led Senate has refused to consider it.

Pelosi calls for House to return this week for Postal Service vote
The USPS Board of Governors appointed former Republican fundraiser and Trump ally DeJoy to postmaster general in May.

DeJoy told senators Friday he was “extremely, highly confident,” that the USPS would be able to process all mail-in ballots despite the agency warning 46 states and Washington, D.C., earlier this month that some mail ballots might not be counted in time for the election. 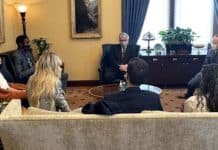 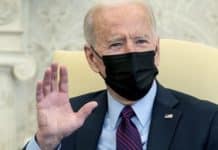