July 18 (UPI) — The House voted Wednesday to hold Attorney General William Barr and Commerce Secretary Wilbur Ross in criminal contempt for refusing subpoenas to hand over documents about the 2020 census.

The Democratic-led chamber voted 230-198 on the measure, with all Republicans and four Democrats voting against it. Rep. Justin Amash, I-Mich., voted in favor of the resolution weeks after abandoning the Republican Party.

The resolution stems from subpoenas the House Committee on Oversight and Government Reform issued seeking documents regarding the Trump administration’s efforts to add a question about citizenship to the 2020 census.

Barr and Ross refused to hand over the documents requested.

“The Administration is complying with the Democrats’ investigation. Asking about citizenship is neither new nor controversial,” he said.

“Today’s vote shows that Democrats in Congress will stop at nothing to attack the President and his Administration. The Democrats’ misuse of their contempt authority today raises the question: Why don’t they want to know how many American citizens are in this country?”

Rep. Elijah Cummings, D-Md., chairman of the committee, said the vote wasn’t about party or politics.

“I do not take this decision lightly,” he said ahead of the vote. “Holding any Cabinet Secretary in criminal contempt of Congress is a serious and somber matter — one that I have done everything in my power to avoid.”

In late June, the Supreme Court upheld a lower court’s ruling blocking the Trump administration from asking the citizenship question on the census. Earlier this month, President Donald Trump instructed the Commerce Department to obtain citizenship information by other means.

The administration sought to include the questions stating it would help to enforce and protect federal voting laws, while opponents stated it would lead to a substantial undercount as undocumented immigrants would not participate. 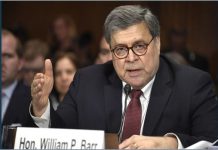 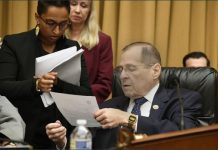 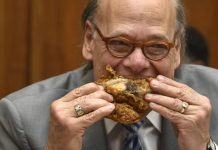 Lawmakers talk about contempt for ‘chicken’ Barr over House no-show