The move to override the veto passed by a vote of 322-87, easily surpassing the two-thirds majority required to overturn Trump’s rejection of the $740 billion defense spending bill that both the House and Senate passed earlier this month with veto-proof majorities.

A total of 109 Republicans broke with Trump to vote in favor of the first successful override of his presidency, while 20 Democrats who voted in favor of the bill switched their votes to support the veto.

House Speaker Nancy Pelosi issued a statement following the vote, calling on Trump to “end his eleventh-hour campaign of chaos,” condemning the veto as “reckless.”

“With this overwhelmingly bipartisan vote, the House has upheld our sacred Constitutional responsibility to keep our country and our people safe,” she said. “The National Defense Authorization Act has been passed on a bipartisan and bicameral manner for sixty years and it will become law, despite the president’s dangerous sabotage efforts.”

The bill includes funding for major military programs and weapons systems, and authorizes dozens of special pay and bonuses for service members. However, Trump criticized it for “provisions that fail to respect our veterans and our military’s history,” by renaming military installations that honor Confederate leaders.

Before it was passed, Trump had also threatened to veto the defense bill if it didn’t include a repeal of Section 230 of the Communication Decency Act, which protects tech giants such as Facebook and Twitter from legal liability for content posted on their platforms.

The Senate is set to meet to begin the process of overriding the veto on Tuesday.

Sen. Bernie Sanders, I-Vt., said he would object to a vote in the Senate to overturn the veto until Senate Republican Leader Mitch McConnell approves a vote to increase payments in the $900 billion coronavirus relief bill to $2,000, which the House passed on Monday night.

Sen. Rand Paul, R-Ky., also said he may seek to hold up the vote as he did in a vote to pass the bill earlier this year

“I very much am opposed to the Afghan war, and I’ve told them I’ll come back to try to prevent them from easily overriding the president’s veto,” he said last week. 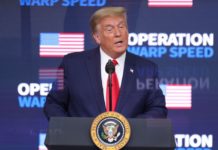 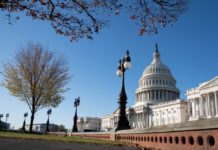 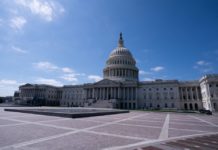