The Justice Department announced Tuesday that 281 people were arrested worldwide, including 167 people in Nigeria, 74 people in the United States, 18 in Turkey and 15 in Ghana during Operation reWired. Arrests were also made in France, Italy, Japan, Kenya, Malaysia and Britain.

The operation — which was a coordinated effort between the Justice Department, the Department of Homeland Security, the Treasury Department, the Postal Inspection Service, the Federal Bureau of Investigation and the Department of State — sought to disrupt Business Email Compromise schemes, which are sophisticated scams targeting employees who regularly perform wire transfer payments.

The Justice Department said in a statement that scammers who perpetrate BEC also target real estate purchasers and the elderly, through persuading them to make wire transfers to bank accounts under their control.

They are often members of criminal organizations that originated in Nigeria but then spread globally, the Justice Department said.

“The Department of Justice has increased efforts in taking aggressive enforcement action against fraudsters who are targeting American citizens and their businesses in business email compromise schemes and other cyber-enabled financial crimes,” Deputy Attorney General Jeffrey Rosen said.

The FBI said the operation resulted in the seizure of nearly $3.7 million and the disruption and recovery of some $118 million in fraudulent wire transfers.

“In unraveling this complex, nationwide identity theft and tax fraud scheme, we discovered that the conspirators stole more than 250,000 identities and filed more than 10,000 fraudulent tax returns, attempting to receive more than $91 million in refunds,” said IRS Criminal Investigation Chief Don Fort. “We will continue to work with our international, federal and state partners to pursue all those responsible for perpetrating this fraud, preying on innocent victims and attempting to cheat the U.S. out of millions of dollars.”

According to the FBI’s Crime Complaint Center, nearly $1.3 billion was lost to BEC in 2018, which was twice the amount reported the year prior.

“We’re sending a clear message to the criminals who orchestrate these BEC schemes: We’ll keep coming after you, no matter where you are,” said FBI Director Christopher Wray. 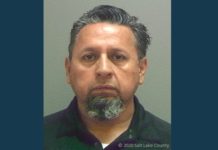 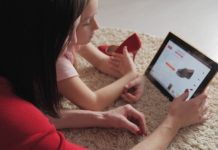 DPS offers 10 ways to avoid being scammed when holiday shopping 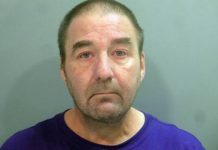