March 14 (UPI) — Hungarian President Janos Ader was re-elected by parliament to a second five-year term, defeating a challenger his party claimed was backed by George Soros.

In the balloting, 170 of 191 members of parliament voted in the two rounds of the election. The first round required a two-thirds majority.

Members of parliament voted in two rounds to re-elect Ader, a member of the Fidesz party, headed by Hungarian Prime Minister Viktor Orban.

The ruling right-wing Fidesz-KDNP coalition delivered 131 votes for Ader in the first round of the election — two short of the required supermajority — with opposition parties combining for 39 votes for challenger Laszlo Majtenyi.

The second round required a simple majority, and Ader defeated Majtenyi by 131 to 39, with the DK opposition party abstaining.

Prior to the casting of ballots, both candidates gave a 15-minute speech to parliament. Majtenyi thanked those ministers who had supported him, and jokingly noted that he had not extended thanks to George Soros, the Hungarian-born billionaire who has financed left-wing and social justice movements around the world through his Open Society Foundations. He went on to say that “the state has succumbed to corruption” and must return to the rule of law.

Ader talked of the accomplishments of his first term, including the Serbian government accepting his apology for war crimes committed by Hungarian military personnel in WWII. He went on to detail his participation in the fight against climate change, and closed by quoting a Hungarian poet named Janos Arany: “If we don’t have a homeland, then we don’t exist. We won’t have oxen or sheep, we won’t have homes or land. We will not be ourselves, because a homeland is built from these things. Now the question is, do we want the homeland to live, or not?” 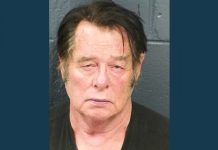 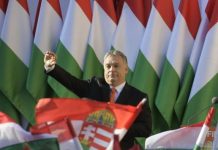 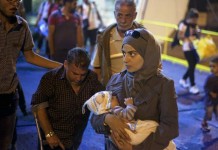