Two crashes were dispatched in roughly the same area within minutes of each other just after 7 p.m., said Sgt. Cameron Roden, Utah Highway Patrol spokesman.. Three vehicles were involved in what was believed to be the first crash, one rolling over.

Four were in the crash believed secondary to the other, he said, although details were still sketchy as of 8 p.m. Two of the southbound lanes were reopened by then.

Amazingly, injuries appear to be minor with only three people being examined at the scene, Roden said, but no one apparently, at least not initially, needing an ambulance.

UHP responds to multi-vehicle crash on I-15 in Murray 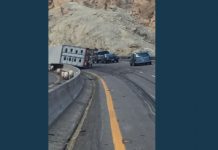 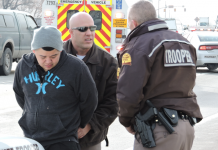 NEW: Three Adults, One Infant Injured In DUI-Related Crash On I-15