July 23 (UPI) — Two inmates at a prison in Mexico’s Sinaloa state walked out of the front gate of the facility while dressed as prison guards, state officials said Monday.

Federal officials said Grimaldi Paredes was involved in the Sinaloa Cartel and participated in an ambush of an army convoy in 2016.

Police said Salomon Higuera took part in an ambush of state police in 2012 in which seven officers died.

Fermin Hernandez Montealegre, secretary of public security in Sinaloa, said the two men were being held in a new part of the prison and had to bypass several security measures before escaping.

Sinaloa Gov. Quirino Ordaz Coppel ordered an investigation into the escape and called on anyone who assisted the prisoners to come forward.

“That is and will be the main objective, to recapture them,” he said, describing the two men has highly dangerous. 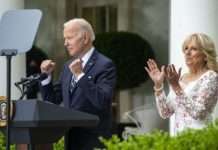