“We’ve been testing making likes private on Instagram in a number of countries this year,” Mosseri tweeted. “We’re expanding those tests to include a small portion of people in the U.S. next week. Looking forward to the feedback!”

Countries where it was tested months ago include Canada, Australia, New Zealand, Japan Ireland Italy and Brazil, WIRED reported, adding that it’s part of Instagram’s goal to become the “safest place on the Internet.”

The U.S. pilot to test hiding likes will roll out for a limited amount of accounts.

The move comes after media researchers found that when users focus their content to get the most reaction, it creates a radicalized environment that makes healthy engagement nearly impossible.

Other social media companies have considered similar tests to hide engagement metrics with pushback from users who view the metrics as key to their experience. 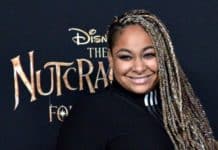