Feb. 6 (UPI) — Authorities arrested a man who allegedly breached the Maryland Air Force base that houses Air Force One the day before President Joe Biden was scheduled to take his first flight on the plane as president.

Biden flew on Air Force One from the base Friday to his home in Wilmington, Del., according to a White House schedule.

Joint Base Andrews, in Prince George‘s County, houses the the 89th Airlift Wing, or “President’s Wing,” which operates Air Force One and other official aircraft.

The Air Force One name has mostly been used for two customized Boeing 747-200B series aircraft, with the tail codes, 28000 and 29000, which most often carry the president, according to the White House.

In 2019, then-President Donald Trump signed an executive order to update the airplanes at a cost of $4.7 billion with new models from Boeing and a new paint scheme. The new aircraft are scheduled for delivery in 2024. 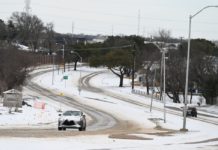 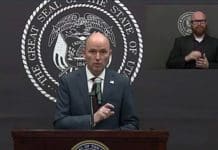