TORONTO, May 5 (UPI) — Ten square feet of soil can harbor as many as 2,000 earthworms, most of which are invasive. New research suggests scientists have underestimated the ecological impact of these underground worms.

In a study published this week in journal Biological Invasions, scientists at the University of Toronto argue invasive earthworms play an “underappreciated” role as seedling predators and may even hamper forest biodiversity.

“It’s important to understand the impact of worms because they are so pervasive,” Peter Kotanen, an evolutionary biologist at the University of Toronto Mississauga,said in a news release.

Earthworms — most of which came from Europe and Asia some 200 years ago — are a welcome sign in gardens, but their presence in soil may determine which kinds of plant seeds are able to germinate and grow.

“Where worms are present, there tends to be a real decline in spring wildflowers and tree seedlings,” Kotanen explained. “They remove leaf cover that forest plants depend upon to shelter seeds or hide from predators. Worms may also kill mycorrhizal fungal networks, which help plant roots acquire moisture and nutrients from the soil.”

Kotanen and his research partner, graduate student Colin Cassin, observed the effects of earthworms on seeds and seedlings in both field studies and lab experiments. While earthworm seed predation doesn’t compare to that of rodents, their preference for specific seeds may have a measurable impact on the ecosystem.

In their experiments, Kotanen and Cassin found the seeds of wild mustard plants were the first to disappear, followed by black cherry and yellow birch seeds. The white pine and barberry seeds survived unscathed.

“There’s evidence that, for some seed species, worms are having an impact,” Kotanen concluded. “Seeds that are safe from rodents may be vulnerable to worms. Their impact is smaller than the effect of rodents, but it’s not insignificant. The worms are adding another hurdle for seeds to go through before they can get established.” 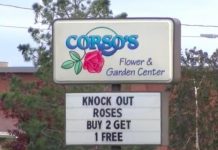 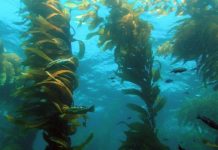 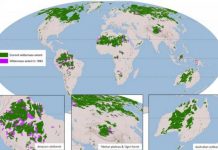