Feb. 4 (UPI) — The head of Iowa’s Democratic Party said more than 50 percent of the caucus results will be available by late afternoon Tuesday, following a massive delay that’s given a black eye to the first state voting in the 2020 primary season.

State Democratic Party Chairman Troy Price told the candidates’ campaigns more than half of the results will be available by 5 p.m. EST, although he didn’t specify when the full results might be known.

Earlier Tuesday, he told reporters the “underlying data collected” on a smartphone app used by precinct leaders to report vote tallies were “sound,” but a coding issue in the system has only produced partial results.

“This issue was identified and fixed,” he said. “The application’s reporting issue did not impact the ability of precinct chairs to report data accurately.”

The ultimate goal, he said, is to ensure the “integrity and accuracy of the process.” He added the party has “every indication” the app was secure and there was no hacking.

Some Iowa precinct chairs had noticed problems with the app during tests earlier Monday but assumed they were only sporadic issues, the Des Moines Register reported. The issue turned into a paralyzing malfunction after the caucuses concluded, and organizers found they were unable to log into the app. Price said the trouble was first spotted when initial results began to arrive and officials vetted them with accuracy checks.

Democratic presidential hopefuls who’d spent a number of days in Iowa left for New Hampshire — the next stop on the primary calendar — without knowing how they performed. New Hampshire will stage its primary next Tuesday.

“From all indications, it’s going to be close,” he said. “We’re going to walk out of here with our share of delegates. We don’t know what it is yet, but we feel good about how we are.”

The campaign of Sen. Bernie Sanders, who has led some of the recent polls, released its own internal polling numbers showing him as the winner with 30 percent of the vote in nearly 40 percent of precincts.

“I have a good feeling when [results are announced], we’ll be doing well in Iowa,” the Vermont senator said.

The Sanders’ camp’s figures showed former South Bend., Ind., Mayor Pete Buttigieg second with 24.6 percent, followed by 21.2 percent for Massachusetts Sen. Elizabeth Warren and 12.4 percent for Biden. Not all precincts, however, were included in Sanders’ numbers.

“We recognize that this does not replace the full data from the Iowa Democratic Party, but we believe firmly that our supporters worked too hard for too long to have the results of that work delayed,” Sanders’ adviser Jeff Weaver said.

“The race still appears to be wide open and that’s what we thought would happen after last night,” Benjamin Gerdes, spokesman for businessman and philanthropist Tom Steyer, told The Hill.

“We still feel like we have a real shot at this thing.”

In a speech to her supporters Monday night, Warren focused on criticism of Trump.

“[Tuesday] Donald Trump will make a speech about the state of the union,” she said. “But I have a message for every American: Our union is stronger than Donald Trump. And in less than a year, our union will be stronger than ever when that one man is replaced by one very persistent woman.”

“We know there are delays, but we know one thing: We are punching above our weight,” she told a crowd Monday night. “Somehow, someway, I’m going to get on a plane tonight to New Hampshire.”

“We don’t know all the results, but we know by the time it’s all said and done, Iowa, you have shocked the nation,” he said. “Because by all indications, we are going on to New Hampshire victorious.”

“This race is a muddled mess,” added candidate Andrew Yang. “That means the opportunity for us is growing because there isn’t a clear front-runner or even field. New Hampshire will be more important than ever.”

“Making it all about the app is a red herring,” she said. “Something went wrong here tonight and it wasn’t just an app.

“In a healthy democracy, [Democratic Party leader] Tom Perez would resign today. As it is the results will probably never be fully determined, the DNC attitude will be “They’ll get over it,” and the entire incident will hang like a cloud of uncertainty over the entire campaign.” 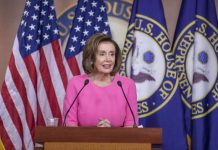 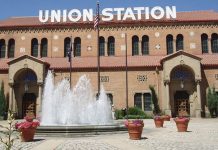