RAMADI, Iraq, Sept. 8 (UPI) — A security official said Tuesday more than a dozen Islamic State fighters were killed in a coalition airstrike against a house northeast of Ramadi, Iraq.

Ibrahim Fahdawi, head of the Khalidiyah council, a security committee in Iraq’s western Anbar province, told IraqiNews.com that intelligence about the militants’ location enabled the U.S.-led international bombing campaign to conduct the strike in the Joabh area, 9 miles northeast of the provincial capital.

Fahdawi said the strike resulted in “the death of 18 terrorist elements of the organization, including Arab nationals,” as well as “the destruction of three vehicles carrying medium and heavy weapons.”

U.S. Central Command reports hitting multiple IS positions near Ramadi in recent days, on Sept. 7 hitting a large IS tactical unit as well as 10 vehicles and four boats used by the militants.

The day prior, CENTCOM reported conducting airstrikes against an IS tactical unit in the same area, destroying a light-machine gun and recoilless rifle.

Since mid-July, the Iraqi military has been on the offensive against IS forces in Anbar province, but clashes between both sides have been ongoing since the militants spilled over from Syria last year and began capturing large portions of western and northern Iraq.

The United States responded by forming an international coalition against the militants, a campaign known as Operation Inherent Resolve, which includes airstrikes against IS forces in both Syria and Iraq.

Iraqi security forces fled from Ramadi in May when IS fighters surged in to capture most of the city, but Iraqi troops, backed by Iran-trained Shia militias and U.S.-led coalition air power, were able to retake the University of Anbar, a major IS command and control center, in June.

Since then, Iraqi forces in Ramadi have fended off a series of coordinated car bomb attacks while absorbing others, including in late August when a suicide attackclaimed the lives of two Iraqi army commanders.

A United Nations report tallied more than 1,300 people killed in terrorist attacks and armed conflict in Iraq during August 2015, including at least 585 civilians. 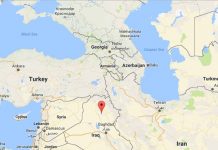 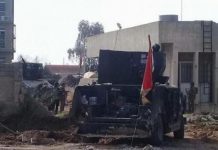