The militant group made the announcement through its media outlet, Amaq, and through messaging service Telegraph.

President Donald Trump revealed Sunday that a U.S. military operation killed Baghdadi on Saturday in northwest Syria. The Islamic State leader fled from U.S. forces and detonated a suicide vest in a dead-end tunnel, killing himself and three children.

In 2010, Baghdadi became leader of the Islamic State, which is also known as ISIS, ISIL and Daesh. Qurashi is the group’s second leader since it declared itself a caliphate in 2014. Before that, the group pledged allegiance to al-Qaida.

Qurashi’s last name indicates he likely traces his lineage to the Prophet Mohammed, whose tribe was the Quraysh. Beyond that, little is known of the Islamic State’s new leader, The Guardian reported. The BBC reported his name could be an alias.

In the recording announcing the leadership change, the Islamic State taunted the United States.

“America, don’t you realize that the Islamic State is now at the forefront of Europe and West Africa? It is extended from the East to the West.

“Don’t you see that you have become a laughing stock to the world? Your destiny is controlled by an old fool who goes to sleep with one opinion and wakes up with another. Do not celebrate or get arrogant,” the recording said.

After declaring the caliphate, the Islamic State’s territory in the Middle East grew, with strongholds in Mosul, Iraq, and Raqqa, Syria. Iraqi Prime Minister Haider al-Abadi declared the liberation of Mosul in July 2017, and the Syrian Democratic Forces, with help from the United States, took back Raqqa in October 2017.

With much of its territory gone after 2017 — and tens of thousands of members imprisoned — the Islamic State has largely existed through a network of affiliates from West Africa to Southeast Asia.

In August, U.N. counterterrorism officials said that though the group has lost much of its foothold in Iraq and Syria, it is still a threat with up to $300 million in its coffers.

Vladimir Voronkov, undersecretary-general for the U.N. Office of Counter-Terrorism, said the Islamic State’s defeat in Syria “was not a fatal blow” and the group “continues to evolve into a covert network.”

He said there’s been an increase in IS and al-Qaida recruitment in Africa. Radicalization also is happening in prisons in Europe, where the Islamic State has difficulty sending militants.

Of the estimated 40,000 people who are believed to have joined the Islamic State, the United Nations estimates between 24,000 and 30,000 fighters survive, along with their relatives. 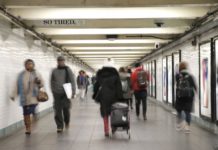 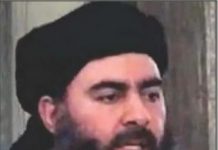 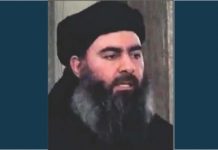