Faqeer Mohammad Jawzjani, police chief of the northern province of Jowzjan, said IS commander Qari Hekmatullah was killed along with his bodyguard and two other militants in an air raid on the province’s Darzab district.

Afghan officials said IS militants appointed Mawlawi Habib-ur-Rehman, an IS fighter from the northern province of Balkh, as the new local commander.

Provincial Gov. Maulvi Latifullah told VOA Hekmatullah and close aide killed in the strike were buried in a nearby village in an overnight funeral attended by a few members of the group.

Col. Lisa Garcia, a spokeswoman for U.S. Forces-Afghanistan, said she was unable to confirm whether Hekmatullah had been killed or whether the strike was carried out by Afghan or U.S.-coalition forces.

“We are conducting a series of intensive operations in Jowzjan and across all of northern Afghanistan to defeat IS-K,” Garcia said. 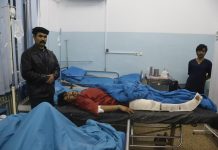 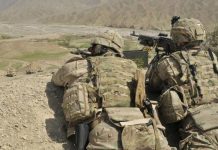 Pentagon says Army general among those hurt in Afghan attack