BAGHDAD, Oct. 22 (UPI) — The Islamic State set a sulfur factory south of Mosul on fire in an attempt to slow Iraqi government forces pressing to retake control of the city, leading to civilian injuries and forcing U.S. personnel at a nearby base to don gas masks as a precaution.

The fire, which was started Thursday, has created plumes of noxious smoke that have wafted over the area depending on the wind’s direction. Sulfur dioxide can corrode the throat and lungs if inhaled, while causing irritation to the eyes and redness and blistering on exposed skin. In high doses it can be fatal.

The BBC reported hundreds of civilians in the area have required medical treatment after being exposed to sulfur.

Iraqi government forces have begun advancing on Mosul in an effort to take back the Islamic State’s last major stronghold in the country with the help of a limited number of U.S. forces.

The sulfur fumes mixed with heavy smoke from oil well fires that have been burning for more than two months in the nearby town of Quyara, home to a U.S. military installation. Many troops there donned gas masks, though there was no official order to do so.

The Wall Street Journal reported the U.S. military has provided the Iraqi army and allied Kurdish fighters with 24,000 gas masks prior to the Mosul offensive, knowing there was the possibility the Islamic State would resort to chemical attacks. 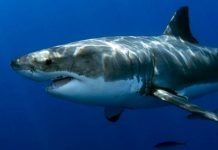