Government officials said the attack came from an “international cyber group called ‘Lazarus,'” which used fake profiles on the social media platform LinkedIn in an attempt to gain access to computer systems.

“The Malamav [an agency of Israeli government security], in cooperation with other bodies in the security community, thwarted a cyberattack against leading defense industries in the State of Israel,” the Defense Ministry said in a Twitter message.

Israel did not identify a foreign country as the attacker, but the United States has linked “Lazarus” to North Korea. Israeli officials also did not name the companies involved in the potential security breaches.

The cyberattacks were discovered in real time, with no interruption to the work of the defense companies, the Defense Ministry said.

The country’s Security Directorate has launched an investigation with other security agencies and the defense industry. 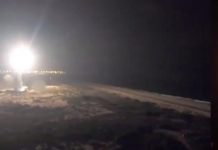