Netanyahu surpassed the 61 seats needed Tuesday as members of five parties — Shas, United Torah Judaism, Yisrael Beytenu, Union of Right-Wing Parties and the Otzma Yehudit — all endorsed the prime minister and his Likud party, solidifying his tenure as prime minister.

The Blue and White Party, formed by Benny Gantz, is now expected to receive only 45 Knesset members. Netanyahu will now have 28 days to sign coalition agreements with the parties.

Likud and Blue and White both won 35 seats in elections this month, but most of the remaining smaller right-leaning parties with seats have sided with Netanyahu.

“It is wrong for people to be in the same position for so many years,” Gabbay said, pointing out Netanyahu’s longevity as prime minister.

The ability to form the coalition puts Netanyahu on track to become Israel’s longest-serving prime minister. In July, he will surpass David Ben-Gurion, who led Israel for 13 years and 127 days over two spans — from 1948 to 1954 and 1955 to 1963.

Netanyahu, though, is facing possible corruption charges from Israeli prosecutor, which includes claims of bribery, fraud and breach of trust in separate investigations. 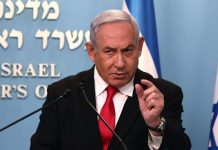 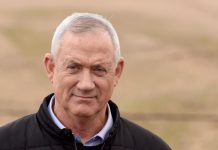