Gantz’s Defense Ministry said groups operating in a network run by the Popular Front for the Liberation of Palestine fell in the terrorism organization category.

“The security organizations will continue to act and intensify the strikes against terrorism and the terrorist infrastructure everywhere, and by all means,” Gantz said, according to the Jerusalem Post. “I call on the countries of the world and international organizations, to assist in this fight, and to avoid contact with companies and organizations that supply materials to terrorism.”

The six groups are Addameer, al-Haq, Defense for Children Palestine, the Union of Agricultural Work Committees, Bisan Center for Research and Development and the Union of Palestinian Women Committees.

Human Rights Watch and Amnesty International issued a joint statement against the designation.

“This appalling and unjust decision is an attack by the Israeli government on the international human rights movement,” the groups said. “For decades, Israeli authorities have systematically sought to muzzle human rights monitoring and punish those who criticize its repressive rule over Palestinians.

“While staff members of our organizations have faced deportation and travel bans, Palestinian human rights defenders have always borne the brunt of the repression.” 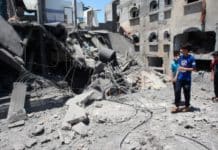 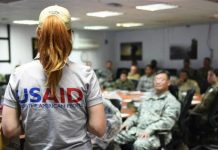 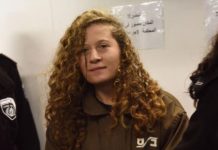