Jan. 25 (UPI) — At least three people were dead and dozens more injured after a passenger train derailed near Milan, Italy, on Thursday.

Nearly 100 people suffered minor injuries in the crash, while 10 people were seriously injured when the commuter-train came off the tracks.

The accident occurred around 1 a.m. EST at the Pioltello Limito station on the outskirts of the city in northern Italy.

Two of the train’s carriages swerved off the tracks and came to a stop at an angle. Rescuers climbed though the carriages to search for survivors.

Rescuers continued to search for several survivors hours after the crash.

The crash is expected to cause transportation delays through the city for the rest of the morning. 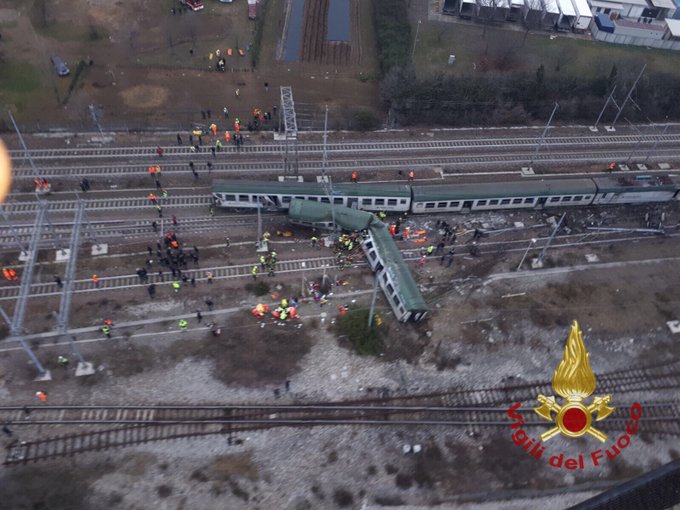