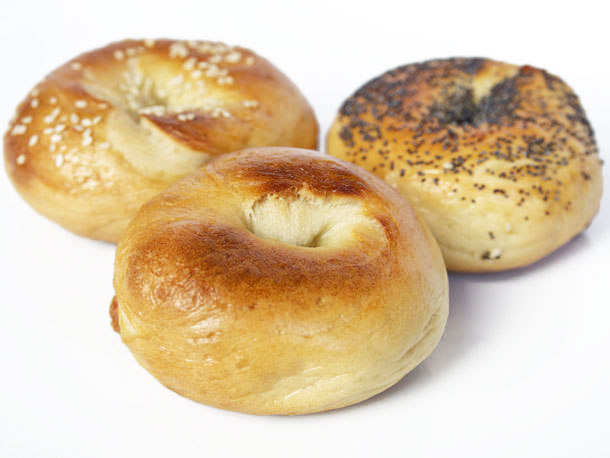 NEW YORK, May 18 (UPI) — New York City has a lot to offer, ingestible and otherwise. But when it comes to fare in the big city, two items reign supreme, bagels and pizza.
Not surprisingly, the key component (the dough) of their greatness are composed of largely the same list and ratios of ingredients. Recently, the American Chemical Society set out to uncover the secret to New York’s bagels — unofficially the world’s best.
[one_fourth]

[/one_fourth][three_fourth_last]
Researchers with the ACS concluded that it’s largely the bagel-making process that makes the breakfast item so delicious — not, as many have surmised, the water. The water, which is relatively soft, meaning it has a lower concentration of minerals like calcium and magnesium, only plays a minor role, researchers argue.

More important is the fact that New York City’s best bagel-makers proof the dough in the fridge for a couple days, and then — the most important step — flash boil the bagels before they go in the oven, effectively sealing in the flavors.

While the composition of Big Apple’s water, which comes from the Catskills in Upstate New York, could be replicated elsewhere, the culture of years of pizza and bagel dough making is harder to copy.