The U.S. House Select Committee on the January 6 Attack is seeking records and testimony from people involved in the organization and planning of rallies for Trump supporters Jan. 5 and Jan. 6. Some allegedly worked directly with Trump to plan the rally on the Ellipse that directly preceded the riots at the U.S. Capitol.

“The select committee is seeking information from individuals who were involved in or witnesses to the coordination and planning of the events leading up to the violent attack on our democracy on January 6th,” committee Chairman Bennie Thompson, D-Miss., said.

“Some of the witnesses we subpoenaed today apparently worked to stage the rallies on January 5th and 6th, and some appeared to have had direct communication with the former president regarding the rally at the Ellipse directly preceding the attack on the U.S. Capitol. The select committee expects these witnesses to join the hundreds of individuals who have already cooperated with our investigation as we work to provide the American people with answers about what happened on January 6th and ensure nothing like that day ever happens again.”

Among those subpoenaed are:

The six are among dozens of people who have been subpoenaed by the select committee in recent months, including former Trump adviser Steve Bannon, former White House Chief of Staff Mark Meadows and the president, himself. Trump and some of his closest aides have refused to comply with the subpoenas, claiming executive privilege. 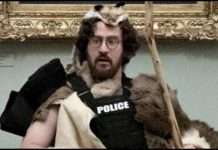