Among those subpoenaed were former White House press secretary Kayleigh McEnany, who the committee said made “multiple public statements” alleging voter fraud in the 2020 presidential election, and senior adviser Stephen Miller, who participated in efforts to encourage states to appoint alternate slates of electors in order to alter the outcomes of the 2020 election.

The committee said many of those subpoenaed either met with Trump on the day of the insurrection or spread information about allegations of election fraud.

“We need to know precisely what role the former president and his aides played in efforts to stop the counting of the electoral votes and if they were in touch with anyone outside the White House attempting to overturn the outcome of the election,” said committee Chairman Rep. Bennie Thompson, D-Miss.

Members of both groups were ordered to produce documents related to the investigation by Nov. 23 and to appear for depositions beginning on the final week of November through the middle of December.

The two waves of subpoenas come after the House last month voted to hold former Trump adviser Steve Bannon in criminal contempt for defying his subpoena to testify before the committee. 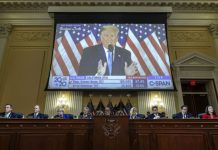 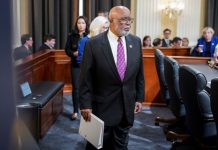 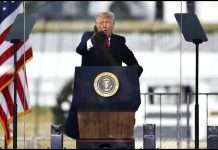 National Archives: Some Trump records given to Jan. 6 committee had been torn up