Home US/World News Jan. 6 committee threatens Mark Meadows with criminal contempt over subpoena refusal
Facebook
Twitter
Pinterest
WhatsApp
Nov. 12 (UPI) — The House select committee investigating the Jan. 6 siege of the Capitol building demanded Thursday that Trump White House Chief of Staff Mark Meadows comply with its subpoena for testimony and documents or risk facing criminal contempt of Congress charges.The committee, headed by Rep. Bennie Thompson, D-Miss., subpoenaed Meadows and several other aids of former President Donald Trump in late September as part of its investigation into understanding the events that culminated in thousands of the former president’s supporters storming the building to stop Congress from certifying Joe Biden as the 46th president of the United States.

Meadows has flouted the subpoena claiming he is immune from such testimony related to his official responsibilities and was “duty bound” to disregard it.

Thompson in a letter published Thursday night addressed to Meadow’s attorney, George Terwilliger, said his client’s conclusions about his duty are based on a misunderstanding of his legal obligations under the subpoena and that the law requires meadows to comply.

“Simply put, there is no valid legal basis for Mr. Meadows’ continued resistance to the Select Committee’s subpoena,” Thompson wrote, stating the former chief of staff has until 10 a.m. Friday to produce all requested documents and appear for deposition testimony.

If he does not produce the documents or appear for testimony, the committee will view it as willful non-compliance with the subpoena, which would invoke contempt of Congress proceedings that could result in a referral from the House to the Justice Department for criminal charges, as well as civil action against him “in his personal capacity.”

Earlier Thursday, White House Deputy Counsel Jonathan Su sent Terwilliger a letter reported by The Washington Post stating Biden would not assert executive privilege or immunity to prevent his deposition or to bar the release of records.

“Consistent with President Biden’s determination that an assertion of privilege is not justified with respect to testimony and documents relating to these particular subjects, he has determined that he will not assert executive privilege with respect to your client’s deposition testimony on these subjects, or any documents your client may possess that bear on them,” Sue wrote. “For the same reasons underlying his decisions on executive privilege, President Biden has determined that he will not assert immunity to preclude your client from testifying before the Select Committee.”

In responding to Su’s letter in a statement, Terwilliger said Meadows remains under the instructions of Trump concerning executive privilege and that it will be up to the courts to decide if his client must comply with the subpoena.

“Contrary to decades of consistent bipartisan opinions from the Justice Department that senior aides cannot be compelled by Congress to give testimony, this is the first president to make no effort whatsoever to protect presidential communications from being the subject of compelled testimony,” he said.

The committee has been tasked with investigating the facts, circumstances and causes of the Jan. 6 attack on the Capitol, which resulted in the deaths of five people, in order to make recommendations to prevent it from happening again, and has subpoenaed several close to the former president.

However, Trump has urged them to comply under executive privilege — a privilege Biden said he will not exert in this matter.

Steven Bannon, a former top adviser to Trump, was held in criminal contempt by the One for defying a subpoena issued for him to testy. 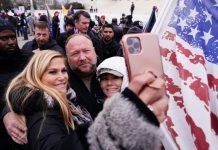 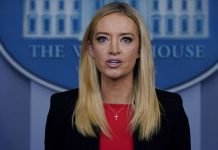 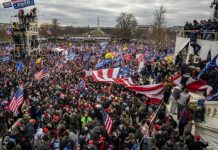