Oct. 8 (UPI) — The House select committee investigating the Jan. 6 assault on the Capitol on Thursday subpoenaed additional organizations connected to the Stop the Steal rally that occurred prior to the attack on Congress.

The committee sent the subpoenas to Ali Alexander, an organizer of the Stop the Steal rally and conservative provocateur, and Nathan Martin, both of whose names are linked to permit applications for the rally.

The move follows the committee late last month issuing 11 subpoenas to allies of former President Donald Trump who were also involved with organizing the Stop the Steal event that preceded thousands of Trump supporters storming the Capitol in an effort to prevent Congress from certifying Joe Biden as the 46th president of the United States.

Five people died in the siege and more than 140 Capitol Police officers were injured.

The select committee has been investigating the causes that led to the insurrection attempt with focus on those who organized the Stop the Steal rally on the Capitol grounds Jan. 6.

“The rally on the Capitol grounds on Jan. 6th, like the rally near the White House that day, immediately preceded the violent attack on the seat of our democracy,” committee chair Bennie Thompson, D-Miss., said in a statement. “Over the course of that day, demonstrations escalated to violence and protesters became rioters.”

The committee said its investigation found that an organization named One Nation Under God submitted a permit application to hold an event Jan. 6 on the Capitol grounds on “the election fraud in the swing states.”

The permit named Martin as a contact for the organization and the listed address was the same provided on Alexander’s website soliciting donations, the committee said, adding that a vendor also listed on the permit told Capitol Police that he was reporting to both Martin and Alexander and identified them as with the Stop the Steal event.

“However, the permit application did not disclose any connection between STS and the Capitol rally event,” the letter sent to Alexander reads. “Further, when a USCP official spoke by telephone with Mr. Martin on or about Dec. 28, 2020, Mr. Martin claimed not to have any information about the rally and directed the official to speak with the vendor.”

Capitol Police had granted the permit for the One Nation Under God rally, which had estimated there would be only 50 attendees, it said.

In its letter to Alexander, the committee said he repeated during Stop the Steal events in the weeks before the attack of the potential for violence to achieve their goals while stating he was in communication with the White House and members of Congress to organize an effort to coincide with the certification of the 2020 Electrical College results.

The committee on Thursday also subpoenaed records from Stop the Steal, LLC.

“The Select Committee needs to understand all the details about the events that came before the attack, including who was involved in planning and funding them,” Thompson said. “We expect these witnesses to cooperate fully with our probe.”

The announcement came as Trump has instructed former aides subpoenaed to testify before the committee to not comply, claiming the information sought is protected by executive privilege, and that the former president will defend them.

“We recognize the strong public interest in fully investigating the conditions that led to the insurrection, especially those perpetuated by individuals within our government. But it is important to distinguish those who planned, conducted or aided the attack on the Capitol from their political affiliates generally,” Danielle Brian, the executive director of Project On Government Oversight, said. 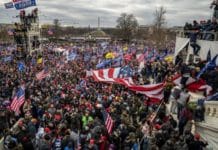 D.C. officer who responded to Jan. 6 riot found dead in his home 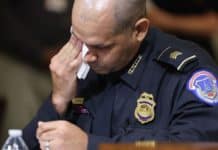