TOKYO, Nov. 13 (UPI) — A 7.0-magnitude earthquake struck the waters off the southwestern coast of Japan, triggering a small tsunami.

The Japan Meteorological Agency stated a 1-foot tsunami was observed on the southern island of Nakanoshima, part of Kagoshima prefecture in Kyushu.

There were no reports of damage or injuries. Tsunami warnings that were issued for Kagoshima and Satsunan islands were lifted, the BBC reported.

The quake hit an area at a depth of about six miles, and the U.S. Geological Survey said the quake occurred about 99 miles southwest of the town of Makurazaki.

The quake took place early Saturday morning, TIME reported. There is no threat of a tsunami traveling across the Pacific Ocean to the western coast of North America, according to the National Tsunami Warning Center.

In October, the Japanese government restarted its second nuclear reactor in Kagoshima prefecture in Kyushu, despite opposition from anti-nuclear protesters.

Japan’s commercial reactors were shut down in May 2012, more than a year after a massive earthquake and tsunami struck Fukushima on March 11, 2011, causing the world’s biggest nuclear crisis since Chernobyl in 1986.

But power shortage concerns and Japan’s goal of reducing greenhouse gas emissions have played a role in the government’s decision to rely again on low-cost nuclear power.

Anti-nuclear activists are worried about accidents that could occur in the event of an earthquake that could disrupt nuclear operations in Kagoshima. 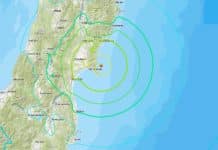 LDS Church transferring more than half its missionaries serving in Nicaragua 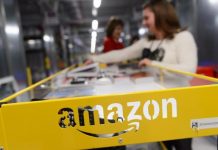 Amazon to spend $5B on massive ‘second headquarters’ in North America