March 8 (UPI) — French-born jihadi Mehdi Nemmouche was found guilty of “terrorist murder” by a Belgian court Thursday for massacring four people at a Jewish museum in 2014.

The 33-year-old who spent a year fighting in Syria for the Islamic State was found guilty of having killed two Israeli tourists, a Belgian museum employee and a French volunteer worker in less than 90 seconds during an anti-Semitic hate crime on May 24, 2014, the BBC reported.

It was the first attack in Europe by an individual who had returned from fighting for the Islamic State in Syria.

The guilty verdict followed a two-month-long trial during which Nemmouche’s defense tried to argue that he had been framed by foreign intelligence agencies in a plot targeting Mossad, the Israeli intelligence agency.

He denied the charges against him, telling the court he was “tricked,” the Financial Times reported.

The 12 jurors brought down the guilty verdict after more than two days of deliberating.

Two of the four journalists told the court that Nemmouche was their captor.

One of the journalists, Nicolas Henin, said Nemmouche was “sadistic, playful and narcissistic.” Nemmouche was arrested in Marseilles, France, a week after the shooting.

Nemmouche was arrested in Marseilles, France, 6 days after the shooting in possession of weapons.

He faces up to life in prison with sentencing expected on Monday. 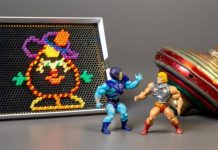 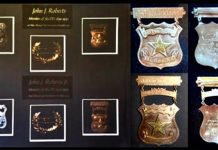 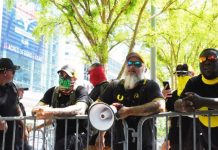