Jindal told John Catsimatidis on “The Cats Roundtable” on New York’s AM-970 on Sunday: “In the short term, I’m focused on the private sector.”

Jindal hands over the governorship to Democrat John Bel Edwards, and with it a budget shortfall between $700 and $750 million, roughly the size of the state’s higher education budget alone.

Jindal has been plagued by approval ratings in the 20’s during his last year of office, the majority of which he spent outside of Louisiana. The only other governor with lower approval ratings than Jindal is Republican Sam Brownback in Kansas, another state facing a large budget shortfall. Kansas legislators met Monday to close the $14 million gap for this year’s budget, while a $170 million gap looms for next year’s budget. 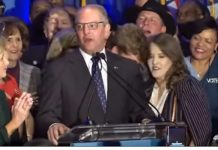 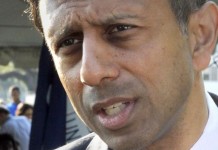