Feb. 23 (UPI) — President Joe Biden called for Americans to act in unity to combat the COVID-19 pandemic while marking the “grim, heartbreaking” milestone of more than 500,000 deaths Monday.

Biden ordered flags to fly at half-staff and held a moment of silence at the White House on Monday evening as the United States reported 500,071 deaths since the start of the pandemic, according to data gathered by Johns Hopkins University.

Speaking before the vigil, Biden encouraged Americans to “remember each person and the life they lived” while acknowledging the scale of mass death.

“We often hear people described as ordinary Americans. There’s no such thing, there’s nothing ordinary about them,” he said. “The people we lost were extraordinary, they spanned generations, born in America, immigrated to America, but just like that so many of them took their final death alone in America.”

Biden also said that the nation cannot “accept such a cruel fate” and encouraged Americans to set aside political differences and take precautions to prevent the spread of the virus.

“As we all remember, I also ask us to act, to remain vigilant, to stay socially distant, to mask up, get vaccinated when it’s your turn,” he said. “We must end the politics and misinformation that has divided families and communities in the country and has cost too many lives already.”

The United States leads in both deaths and cases with a total of 28,174,133 confirmed infections, after adding 56,079 new cases and 1,235 deaths on Monday, according to Johns Hopkins.

“The loss of 500,000 American lives from the coronavirus is an horrific human toll of staggering proportions and incomprehensible sadness,” Pelosi said. “Every life lost is a profound tragedy that we mourn and that breaks America’s heart.” 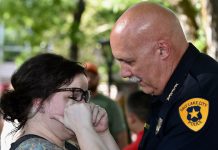 Emotions flow at vigil for slain U of U student 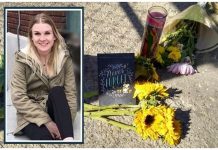 Vigil to be held Monday night in memory of MacKenzie Lueck 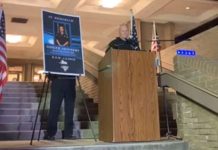