The State Department confirmed that Feeley, who served for 35 years in the U.S. Marine Corps and the State Department, wrote in a Dec. 27 letter that he can no longer comfortably serve under Trump. He notified the White House of his planned departure, as well as Panama’s president.

Feeley cited personal reasons for his departure, State Department spokesperson Pooja Jhunjhunwala said, with no comment regarding his letter. He will retire March 9.

“As a junior foreign service officer, I signed an oath to serve faithfully the President and his administration in an apolitical fashion, even when I might not agree with certain policies. My instructors made clear that if I believed I could not do that, I would be honor bound to resign. That time has come,” read Feeley’s resignation letter, obtained by CNN.

Feeley is the first U.S. diplomat to resign over disagreement with the Trump administration. 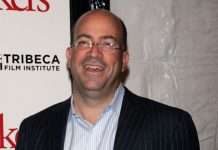