The Justice Department said in a release that McAfee failed to file tax returns from 2014 to 2018 despite earning millions from promoting cryptocurrencies, consulting work, speaking engagements and selling the rights to his life story for a documentary.

The 10-count Indictment accuses McAfee of evading paying taxes by having his earnings deposited into bank and cryptocurrency exchange accounts under the names of others while attempting to evade the Internal Revenue Service by concealing property, vehicles and a yacht in the same manner.

Prosecutors said the June 15 indictment was unsealed following McAfee’s arrest in Spain, where he is pending extradition.

The unsealing of the indictment came after the Securities and Exchange Commission announced Monday that it had filed civil charges against McAfee for accepting more than $23.2 million in exchange for promoting seven cryptocurrency investments to his 1 million Twitter followers without disclosing he was paid to do so.

The SEC said when asked by investors about his relationship with the products he was promoting, McAfee replied with “false and misleading statements,” such as claiming he had personally invested in the initial coin offerings he was advertising.

“McAfee falsely claimed to be an investor and/or a technical advisor when he recommended several ICOs, creating the impression that he had vetted these companies, that they were benefitting from his technical expertise and that he was willing to invest his own money in the ventures,” the SEC complaint said. “In reality, McAfee’s tweets were paid promotions disguised as impartial investment advice.”

Jimmy Watson, Jr., McAfee’s bodyguard, also was charged by the SEC for negotiating the promotion deals with the initial coin offerings, aiding McAfee to cash out the digital payments received for the promotions and for having his spouse tweet interest in one of the cryptocurrencies.

“McAfee, assisted by Watson, allegedly leveraged his fame to deceptively tout numerous digital asset securities to his followers without informing investors of his role as a paid promoter,” said Kristina Littman, cyber unit chief at the SEC.

“The complaint seeks permanent injunctive relief, conduct-based injunctions, return of allegedly ill-gotten gains and civil penalties,” the SEC said in a release, adding that it also asks for McAfee to be barred from serving as a public company officer or director. 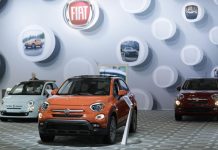 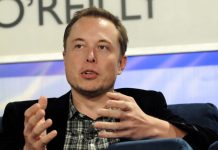